You are here: Home > Supporting mental health in the community
0 items 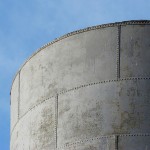 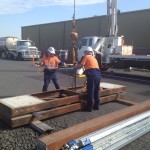 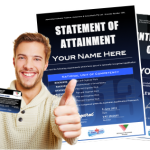 We are proud to support Black Dog Institute, an Australian not-for-profit organisation aiming to educate and empower individuals by partnering with community groups and health services to help create a world where the onset of depression and suicide can be prevented and treated.

Our online shop gives customers the option to add a tax-deductible donation to their course purchase, which Your Licence will match up to $3 per donation. 100% of funds raised go direct to Black Dog Institute and the expansion of their clinical and education programs. In turn, your support will make a valued difference to the lives of those living with a mood disorder.

As a company, our business is focused on industries that are traditionally male-dominated, with many operators working in rural and remote areas – often away from their families. In these areas, mental health conditions can have a devastating effect on the community.

According to the Australian Institute for Health and Welfare, 15-24 year old males in regional areas are almost 1.8 times more likely to end their life by suicide than their urban counterparts. The incidence is up to six times higher in very remote areas.

Over the past five years, the average number of suicide deaths in Australia per year is 2,415 – more than the national road toll each year.

We educate and empower individuals by partnering with community groups and health services. We work with doctors and health care professionals, schools and workplaces, supporting them to triumph over mental illness.

We offer special expertise in diagnosis, treatment and prevention for depression and bipolar disorder. Our on and offline treatment and research programs are translated directly to clinical interventions. They are unique in mental health.

Black Dog Institute’s vision is a world where the onset of depression and suicide can be prevented and treated. With your help we can make this vision a reality.

Depression is a common experience. We have all felt ‘depressed’ about a friend’s cold shoulder, misunderstandings in our marriage, tussles with teenage children – sometimes we feel ‘down’ for no reason at all.

However, depression can become an illness when:

Signs of a depression include:

Send Us a Message

Our training facility is located at:
15 Barrie Road
Tullamarine, Victoria 3043

AITAC Pty Ltd (TOID3591) is the registered training organisation provider for Your Licence.